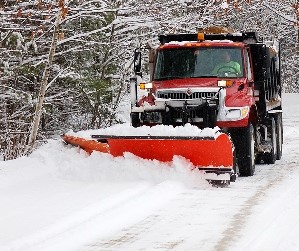 As much as we all don’t want to admit it, winter is coming back to Minnesota. When the white stuff starts to fall again, it’s important for homeowners to understand how specifications in snow contracts will affect when snow is removed from your roadways and driveways.

First off, every snow contract is unique. To better understand the nuances of your contract, check with your Board or contact Sharper Management. We are happy to share this information with you.

In this article, we will be covering some of the most common specs of a snow removal contract.

Specs that will affect your contract include:

Trigger Depth – Most contracts will state an accumulation total that must be met before snow service will commence. This can be anywhere from a trace up to multiple inches. For most, it is somewhere between 1″-2″. This can be one of the biggest variables in the pricing of your snow contract.

Accumulations – The definition of “trigger depth” is important. Does your contract state that service will happen when the trigger depth has been met for a single snow event/storm, or is it vague regarding at what point trigger depth is met? There is a significant difference between the definitions. For example, you could have a winter where less than 1″ of snow accumulates per event, but there may be many events like this in a relatively short period of days thus creating heavily packed drives in your association. Most contracts are written “by event”.

Timing – The second most important component of your contract is the time in which snow service must be completed. For most contracts, “final cleanup” is somewhere between 6-12 hours after the snow has stopped falling. This timeline is also subject to snow accumulation totals. The more snow received, the more time allowed for cleanup.

Open-Ups – Most contracts provide for an open-up during snowfall events that exceed a particular total. For example, if 4″-6″ of snow depth is met, but the event has not stopped, it is common for an open up to happen. Open-ups are simply done to allow vehicles to come in and out of the complex. They are not the same as a final clean up. Open-ups generally consist of a single pass through the roadways with the plow. One thing to define in your snow contract is whether open-ups include driveways, or just main roadways. Typical language states that an open-up will occur prior to __AM and/or after __PM.

Knowing a bit more about how your snow contract is written may alleviate some frustrations over the coming months. Stay safe this winter!