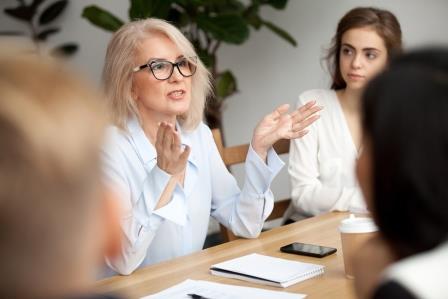 For some Board members, the annual meeting can be a source of anxiety. And for many community associations, the annual meeting has become the collective wasteland for complaints, critiques and requests from residents. The first step in creating constructive and beneficial annual meetings is understanding the definition and primary purpose of it.

Perhaps more importantly, though, is understanding the primary role of this meeting. Once again, both 317A and 515B provide context. The fundamental reasons for an annual meeting are as follows:
(i)    an election of successor directors for those directors whose terms have expired
(ii)    a report on the activities and financial condition of the association, and
(iii)    consideration of and action on any other matters included in the notice of meeting.

Put simply, the purpose of the meeting is to vote in board members, approve the minutes from the previous year, and give a brief financial and activities report of the past year. That’s it. Rarely are there other items requiring a membership vote. And never should that vote happen unless it is included in the notice of the meeting.

Pitfalls – where many associations might struggle with the annual meeting, it typically comes down to the same reason. The perception is that it is the annual meeting of the members, therefore owners should have a say and a vote on various matters. Many associations have years of precedence that’s been set where there is no control and other topics dominate the meeting.

Solutions – first, control and order must rule at an annual meeting. The meeting facilitator, typically the Board President, should open the meeting by stating the expectation that the purpose of today’s meeting is to vote in Board members. Other operational business should be brought more appropriately to an open Board meeting, where action can be taken.

It is so important to recognize section III. of the state statute cited above. “Consideration of and action on any other matters included in the notice of meeting.”  To reiterate, no other business can be conducted at the annual meeting if it was not included in the meeting notice. Any motion from the membership on this or that could be grounds for an illegal vote.  Think about it.  What if you choose not to go to the annual meeting because there was nothing listed on the agenda (which is typically the case for an annual meeting) and then you learned that at the meeting the membership voted to raise dues?  You probably would have gone had you know that was going to be voted on.

While it might seem counter-intuitive and cold to keep an annual meeting of members very brief and matter of fact, it is important that it be run as a business meeting. If an association wants to use the meeting as an opportunity to hear concerns and have dialog between the board, management, owners, etc., have an open forum session after the annual meeting is adjourned. No minutes. No votes to be taken. Just a forum for dialog.  And, once again, try to push those conversations and request to a Board meeting, where action can be taken.

Hopefully a more thorough understanding of the definition and function of the annual meeting, along with the pitfalls and solutions mentioned above, can help your association create more successful and constructive annual meetings going forward.