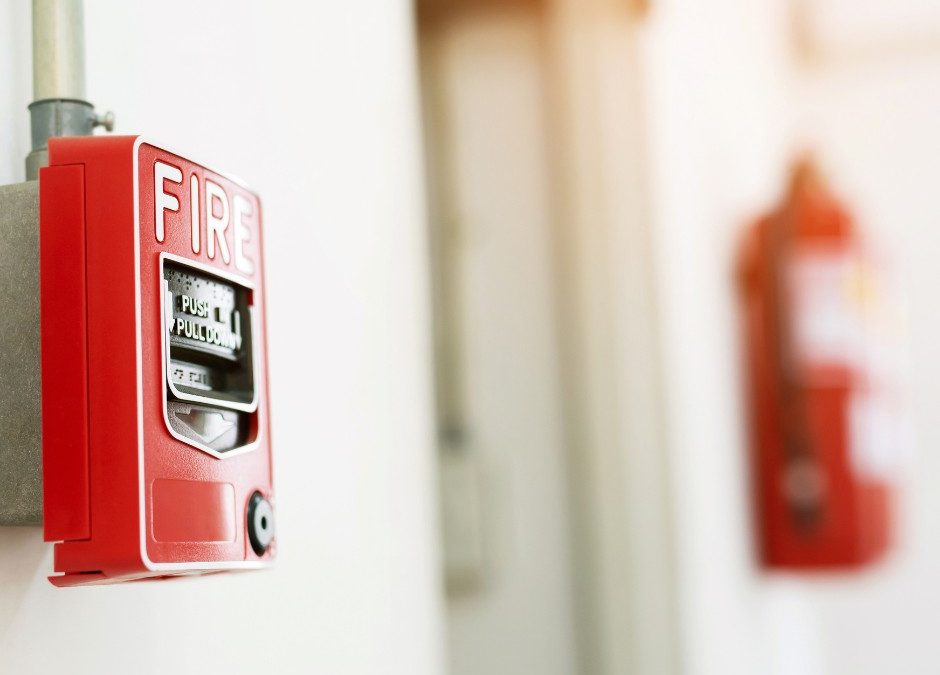 Each October, fire departments around the U.S. take time to educate families and communities about fire safety. This year, the National Fire Protection Association’s (NFPA) campaign is “Fire Won’t Wait, Plan Your Escape.” In addition to having an escape plan in case of a fire, there are several things to be aware of when it comes to fire safety and prevention.

Pressing the test button on your smoke detectors once a month is a quick and easy way to keep you and your family safe. When the batteries are dying, you’ll hear a chirping sound. However, alarm sensors wear out after about ten years, so batteries aren’t the only thing you need to be aware of.

When you’re leaving the room or going to sleep, blow out candles. Anything burning shouldn’t be left unattended, and you should keep candles at least a foot away from anything that can burn.

Be attentive when cooking

Never leave a hot stovetop unattended, as accidents can happen quickly. Keep any flammable items, like towels or wooden spoons, away from the stovetop when not in use. According to First Alert, unattended cooking is the #1 cause of house fires.

A clogged lint filter and vent pipe can cause a dryer fire to start, so don’t throw clothes into the dryer and leave the house. To prevent a fire, clean the lint filter before and after each load, and clean the vent pipe at least once a year. If you do laundry often, then clean it two or three times a year.

While you may know how to prevent fires, your kids don’t unless you tell them. Teach them to never play with matches, the oven, or stove, and talk to them about fire escape plans. Accidents happen, like knocking over a candle, which is also why you shouldn’t leave a candle burning when you’re not in the room.

Make sure you know where your fire extinguishers are and how to use them. In condos and townhomes, know where the nearest exits are, and remember to never take the elevator in the event of a fire.